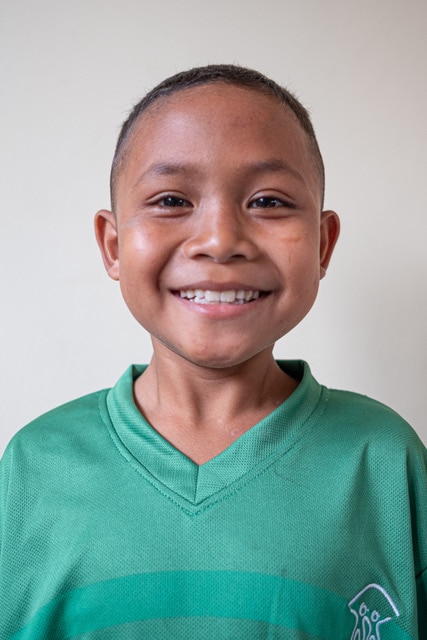 Yiaziz, or usually called Aziz, is the only child in the family. His parents divorced since he was a baby and both left him. He was raised by his grandparents who are old and don’t have steady jobs.

Aziz dropped out of school in the first grade because his grandparents didn’t have enough money to support his wellbeing and education. He then just roamed around the village playing all day. One day, he injured his foot and it got infected. He was rushed to the hospital where Peduli Anak’s social worker found him.

Because of his situation, Aziz now lives in Peduli Anak. He is an easygoing and friendly child with always a big smile on his face. Aziz is also now back to school again. He likes playing football and he wants to be a soldier when he grows up.